Have you ever wanted to pilot your very own F/A-18 Super Hornet fighter aircraft? The multirole jet boasts insane speed, precision handling, and a price tag that only professional baseball pitchers could afford. For a starting price of $69,435, Chevrolet has a much more affordable alternative: the 2017 Chevrolet Camaro ZL1 convertible, an open-air rocket ship capable of serious speed and eye-popping handling, without the need for a pilot’s license, security clearance, or a Major League contract.
Too Cool
Powering the Camaro ZL1 is General Motors’ LT4 supercharged V-8, delivering 650 horsepower and 650 lb-ft of neck-straining torque. To keep this nuclear reactor of a drivetrain from having a meltdown, Camaro engineers incorporate 11 heat exchangers, sticking them into any orifice that air passes through to keep the various fluids from overheating. Torque is routed through a standard six-speed manual transmission or the all-new optional 10-speed automatic. 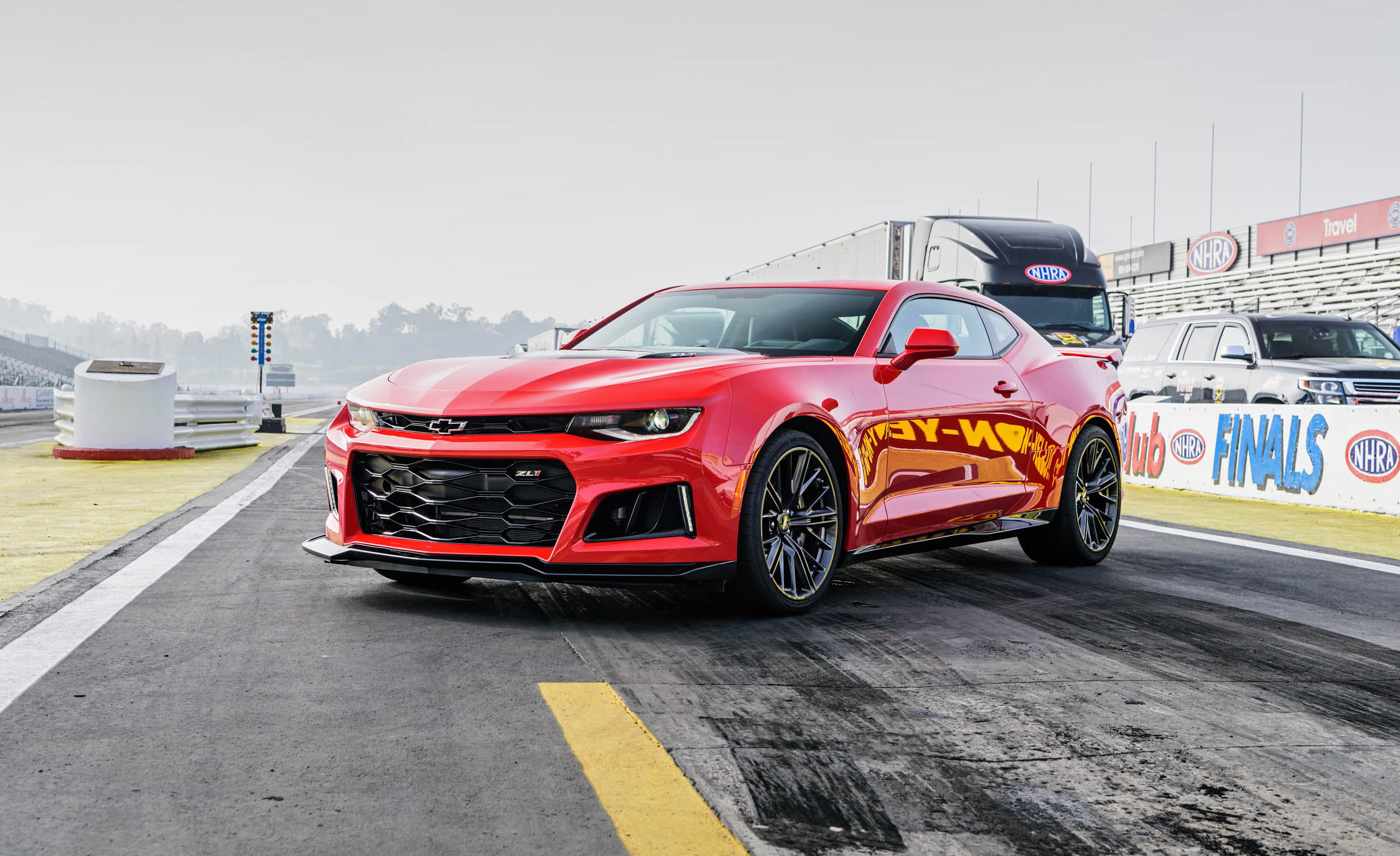 The six-speed manual gearbox is controlled via a well-weighted, suede-wrapped shifter that travels through its gates with precision. Clutch effort is surprisingly low for an engine capable of so much thrust, and the clutch-pedal feedback leaves no question of when engagement is going to occur. A no-lift-shift feature makes aggressive gearchanges a breeze, and selectable automatically rev-matched downshifts bark an authoritative tone from the dual-mode exhaust.


The ZL1 is the first recipient of GM’s 10-speed automatic, denoted as the Hydra-Matic 10R90. This $1595 option was co-developed with Ford, but the Blue Oval gearbox is coded 10R80. To handle the ZL1’s torque, Chevrolet engineers use more robust clutches, planetary carriers, and output gears. Other changes include the use of a different torque converter and shift-control software, the latter of which is something special. The gearchanges around town go virtually unnoticed, and the hunt for the right ratio always bags a trophy. An impressive 10th-to-third-gear downshift occurs when the throttle is mashed while cruising at 60 mph or so, rocketing the Camaro up to carrier-takeoff speeds in little more than an instant. Although manually shifting gears is an option, shuffling through 10 speeds is a task more exhausting than rewarding. If dictating ratios is your thing, stick with the standard six-speed ’box.

Pop the Top
The ZL1 shares its folding roof hardware with its lesser-powered Camaro siblings. The top can be lowered or raised in 14 seconds and at speeds up to 30 mph, Chevy claims. The Camaro is well known for providing a claustrophobic, periscope-like outward view, but lowering the roof means the massive rear pillars disappear and the blind spots are no longer a factor. However, with the top up, rear visibility is even further restricted than in the coupe, as the rear window in the fabric top is basically a slit. At highway speeds with the roof lowered, wind buffeting and noise are noticeable but acceptably low. Run the speedometer into triple-digit speeds—easy with this much power—and, as you might suspect, the wind becomes very obtrusive.

Selecting the topless ZL1 tames the track-day specialist coupe by stripping away some of the high-tech hardware, creating more of a formidable Sunday cruiser. The convertible lives without the coupe’s trick eLSD, or electronically controlled limited-slip differential. The folding roof hardware gobbles up the available space, so a conventional limited-slip diff is installed instead. More important, this in turn takes away Chevrolet’s stellar Performance Traction Management (PTM) feature, a multilevel stability- and traction-control system capable of turning any driving zero into a road-course hero. While launch control is still selectable, the loss of PTM means there’s no longer the ability to customize launches by dialing in wheelspin off the line. Chevrolet engineers are reluctant to use the word softer, instead describing the adjustments to the magnetorheological dampers and electronically assisted steering as “expanding the bandwidth” when in Tour mode. Smaller-diameter anti-roll bars are used in both the front and rear to dial back some of the athleticism. Even with the, ahem, expanded programming, the ride is compliant and the lighter steering remains sharp. 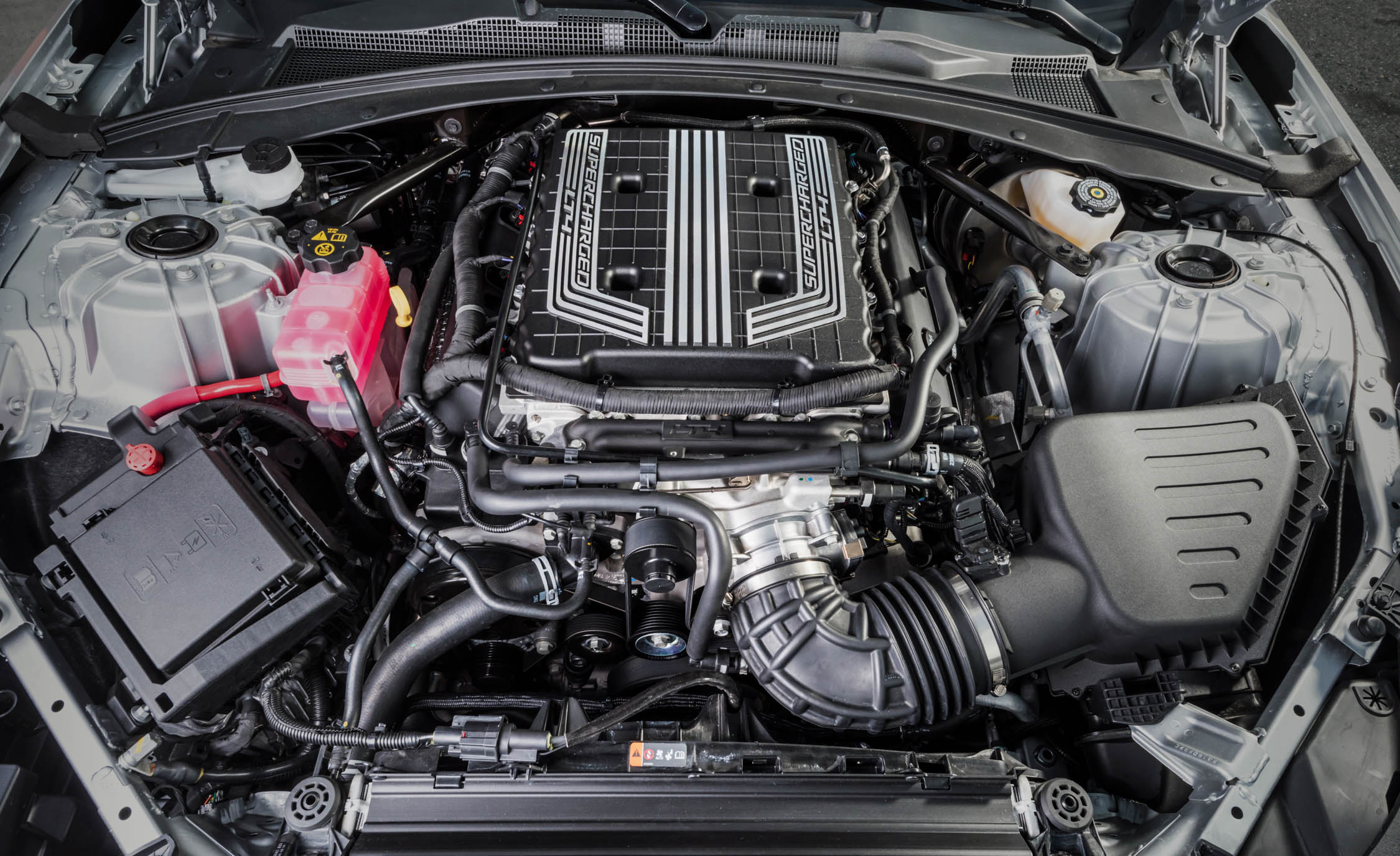 Our 250-mile drive involved divided highways and interstates, not the best roads to accurately assess the ZL1 chassis with its upper structure removed. However, the ability to drive the coupe back to back with the convertible did provide some insight; it’s immediately apparent how stout the Alpha architecture is with a metal roof. While the convertible’s structure is solid, the lazier dampers may mask some of the impacts sent through the chassis, which seemed notably flexible in our initial Camaro convertible drive. Over undulating surfaces, a slight shake can be felt through the steering wheel. One attribute shared by both body styles: Stomp on the throttle in a straight line and the ZL1 feels like it’s being shot off a flight deck.

The Camaro ZL1 convertible offers mind-bending power and hair-removing speeds, and it seems destined to dethrone its kin, the Camaro SS convertible, as the quickest droptop pony car we’ve ever tested, once we get one to the track. And it offers something that Dodge Challenger SRT Hellcat and Ford Mustang Shelby GT350 owners are missing out on: an out-of-doors experience. Selecting an open-air cockpit may dilute the performance, but it certainly doesn’t diminish the fun. 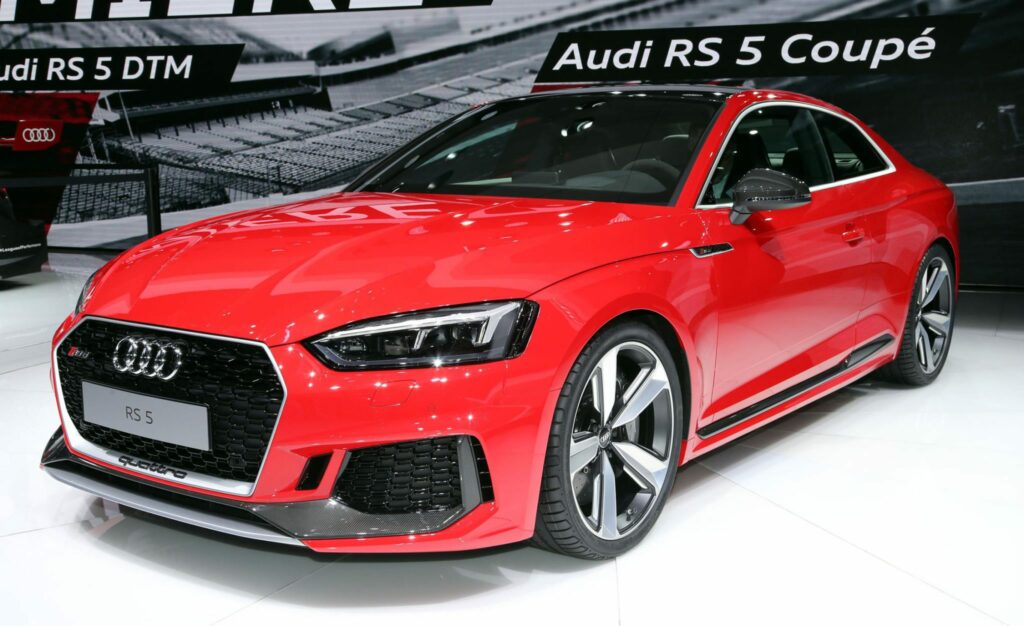 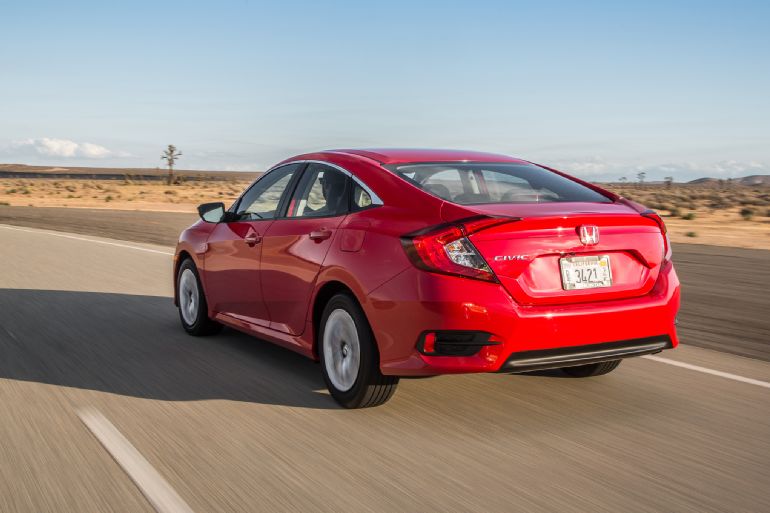