The reality is much more hilarious.

On the Mountain View Police Blog—go figure, the local P.D. in Google’s hometown has a blog—the whole officer-autonomous-vehicle interaction is laid out.

This afternoon a Mountain View Police Department traffic officer noticed traffic backing up behind a slow moving car traveling in the eastbound #3 lane on El Camino Real, near Rengstorff Ave. The car was traveling at 24 mph in a 35 mph zone. As the officer approached the slow moving car he realized it was a Google Autonomous Vehicle. The officer stopped the car and made contact with the operators to learn more about how the car was choosing speeds along certain roadways and to educate the operators about impeding traffic per 22400(a) of the California Vehicle Code. The Google self-driving cars operate under the Neighborhood Electric Vehicle Definition per 385.5 of the California Vehicle Code and can only be operated on roadways with speed limits at or under 35 mph. In this case, it was lawful for the car to be traveling on the street as El Camino Real is rated at 35 mph.? 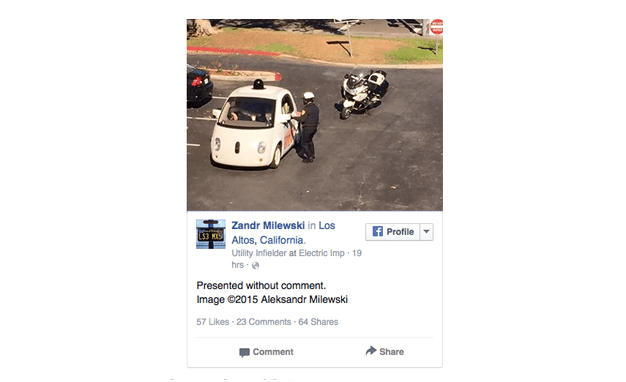 24 in a 35 zone. The poor thing must have been terrified.

On Google’s own Self Driving Car page, the tech giant offers a slightly more generous spin on the situation.

We’ve capped the speed of our prototype vehicles at 25mph for safety reasons. We want them to feel friendly and approachable, rather than zooming scarily through neighborhood streets. Like this officer, people sometimes flag us down when they want to know more about our project. After 1.2 million miles of autonomous driving (that’s the human equivalent of 90 years of driving experience), we’re proud to say we’ve never been ticketed!

Emphasis added. If this is the future of Google’s no-steering-wheel Playskool pods, we’ll keep our old-school cars, thanks.

This story originally appeared on roadandtrack.com via Jalopnik. 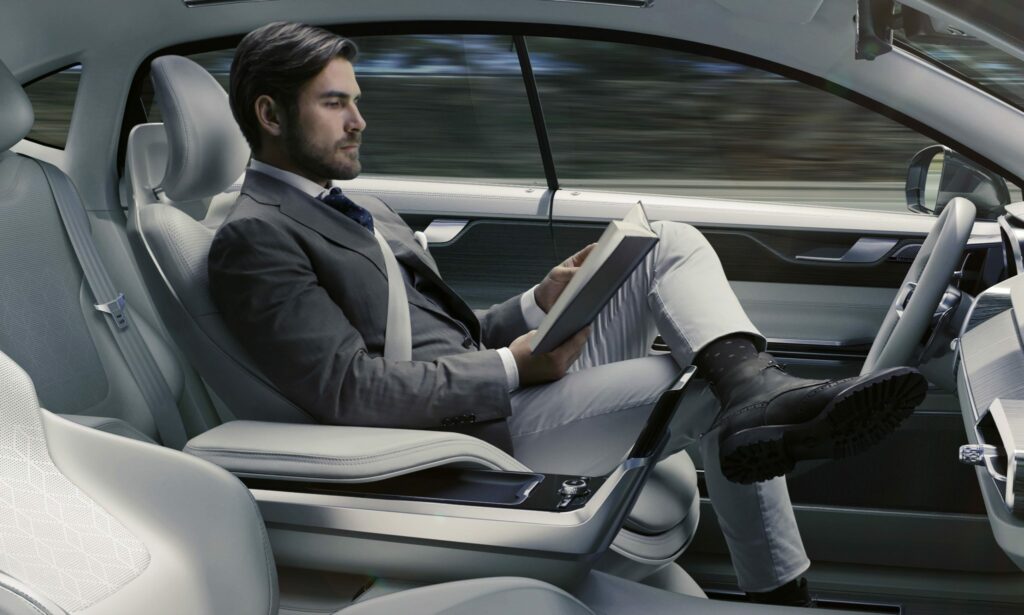 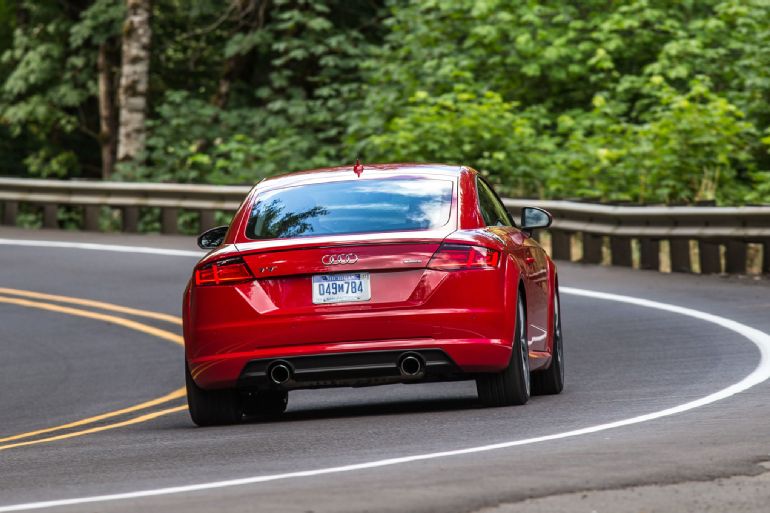