Driving the 2016 Toyota Prius on Fuji Speedway in Japan

Driving the 2016 Toyota Prius on Fuji Speedway in Japan

Oyama, Japan — While we were at the Tokyo auto show, we were let loose in the 2016 Toyota Prius on Fuji Speedway, the Toyota-owned racetrack. The place once hosted the Grand Prix of Japan, but it’s more memorable to us as the place where we were able to test the stunning Lexus LFA and the entertaining Lexus F range. It might seem strange to drive the world’s most popular gas/electric hybrid at a racetrack, yet what you notice most about the all-new Prius is its newfound agility. Forget the stopwatch; our praise is all about better steering response, reduced body roll, and enhanced cornering stability.

A new building block for Toyota The fourth-generation Prius is the first Toyota model based on TNGA (Toyota New Global Architecture), the company’s new-generation vehicle architecture. Although the wheelbase and weight of the 2016 Prius are essentially unchanged, the hip point of the seating position has been lowered, bringing down the car’s center of gravity. The battery pack (a lighter, smaller, energy-dense lithium-ion unit will be deployed in cars for the U.S. market) is now mounted below the bottom cushion of the rear seat instead of on the deck of the cargo area, and this lowers the center of gravity and improves weight distribution. 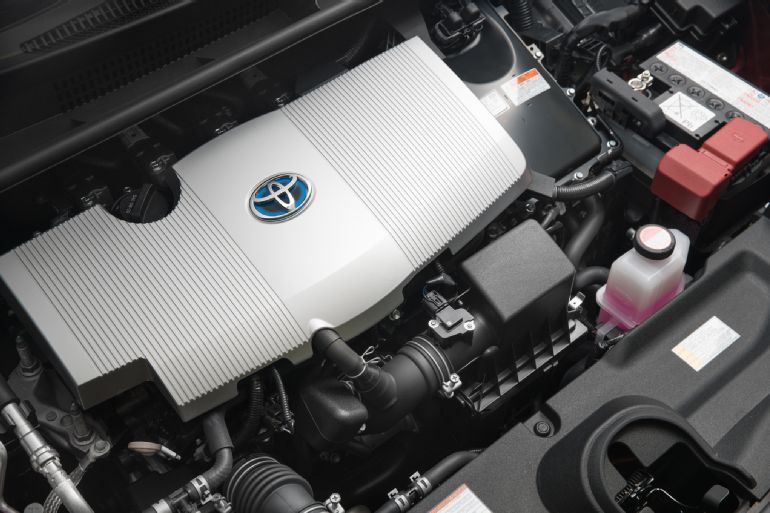 The body of the TNGA-based Prius is said to be 60 percent stiffer than the outgoing car thanks in part to the use of high-strength steel for 19 percent of the structure, and there are profound effects on not only crashworthiness but also handling precision. Also new for the 2016 Prius is a compact, double-wishbone rear suspension, which does away with the soggy shudder of the former torsion-beam axle over bumps and delivers far better handling precision as well. It’s about 100 pounds heavier than the torsion beam and more expensive besides, but the Toyota engineers were confident that it would transform the Prius’ personality.

Smoother power is better power The 1.8-liter Atkinson-cycle engine mounted up front is in principle still the same DOHC four-cylinder?unit as before, and it relies heavily on the feisty instant torque generated by the 53-kilowatt e-motor to compensate for its own lack of grunt. Together, the two hearts pump up 121 hp in total. The main updates to the engine revolve around improving combustion and heat management, plus reducing friction, and the Toyota engineers boast that the engine’s 40 percent thermal efficiency is greater than any mass-produced car engine on the planet. 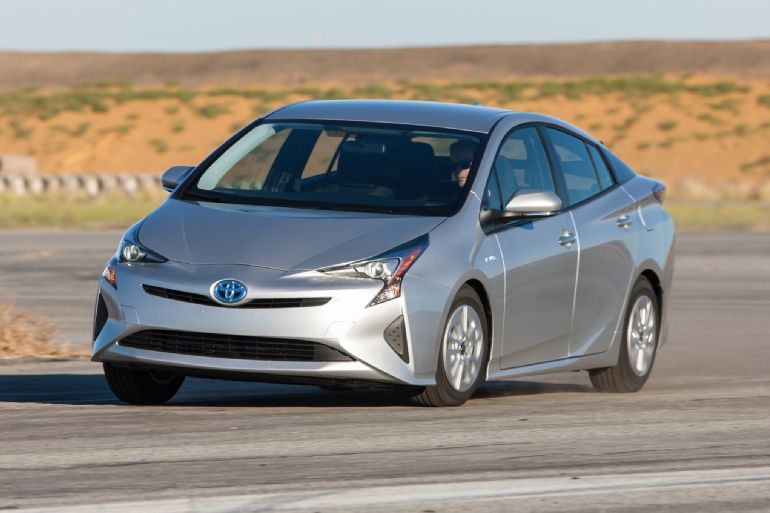 The throttle action of the 2016 Toyota Prius is more prompt and progressive, making power and torque more readily available. Although this is by no means a high-performance hybrid, one does appreciate the more urgent e-motor and its smoother interaction with the engine. In Power mode, acceleration is definitely more urgent; in contrast, Eco mode is a push-button sleeping pill. Perhaps the biggest achievement in the driving pleasure department is the brand new CVT. In the previous Prius, it grossly exaggerated throttle orders, delaying throttle inputs and pushing the engine rpm higher way ahead of the actual vehicle acceleration. The new unit performs in a more linear and relaxed fashion, astutely avoiding irritating rpm peaks and slumps.

Imagine a Prius that handles This newly discovered smoothness in the motivation department is complemented by the totally recalibrated suspension. The front strut-type suspension might look the same, but body roll is now more controlled even as the springing and damping are more compliant over bumps. Meanwhile, the independent rear suspension delivers more handling precision even as road shock has been reduced by one-third. 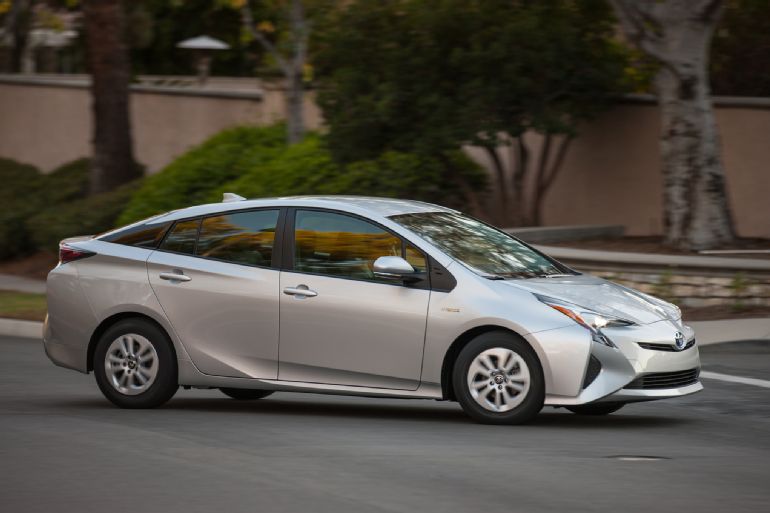 How can we tell that the 2016 Prius handles much better when all we did were a dozen laps on the Fuji circuit? Because Toyota laid out hundreds of bonsai-size speed bumps to slow down us crazy gaijin drivers. In the old Prius, driving over these obstacles felt like as noisy and confusing as crashing a performance of “The Mikado,” the Gilbert & Sullivan comic opera. In the new 2016 Prius, the entire performance is much slicker. The front suspension no longer lets the car flop over in the corners. And the rear torsion-beam axle that was an ill-fated symbiosis of “Poltergeist” and Rumpelstiltskin has been replaced by an independent rear suspension setup that knows how to behave. On merit, the new Prius is a lot easier to live with.

Improved manners in the motoring mode When the battery is fully charged, Prius-san takes off silently and graciously. That’s really impressive, and it does make you feel good. Of course, the e-effect won’t last long, especially in the racetrack environment at Fuji. Even in optimum circumstances, we’re told that about a mile of all-electric cruising is all that you can expect. This is a reminder that the Prius is a hybrid, not an EV. 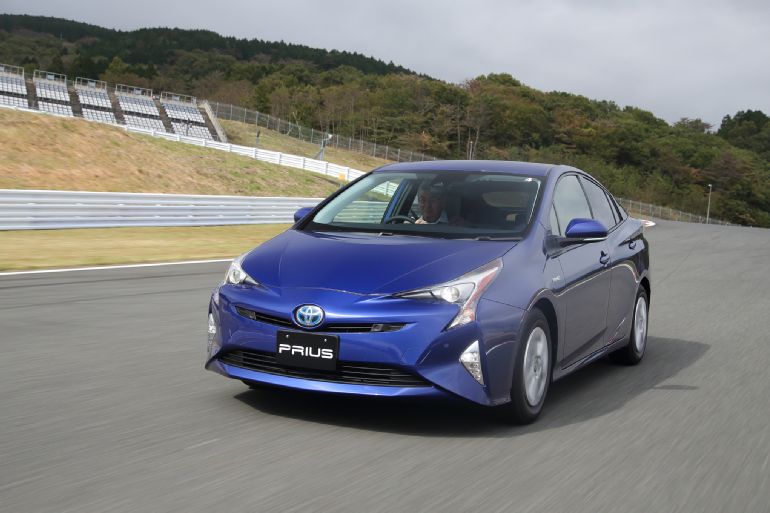 As another Toyota leads us around the track at what seems like a walking pace (the driver must have taken an overdose of sake, valium, or both), there is plenty of time to make mental notes about the car’s interior. The seats, which used to be filled with an indifferently conceived mix of plastic foam and cement mix, now are better shaped, a little cushier, and more generously adjustable. Even though our pace car didn’t dare to exceed the 70 mph limit, it was impossible not to register the Prius’ dramatically reduced noise level — wind, road, and engine, and even the fan of the A/C system. This is a consequence of an acoustically insulated windshield, a comprehensive set of acoustic insulation throughout the cabin, and even details such as the ducts for the interior ventilation.

And what of the styling of the 2016 Toyota Prius? The cabin architecture is still swooshy, but the contrasting surfaces look and feel better. Meanwhile, the new Toyota design vocabulary that makes the Toyota Mirai fuel-cell vehicle look just plain weird has been applied in a more restrained way in the 2016 Prius. It continues to make the car stand out on the road and in the parking lot, and it creates more interior space while reducing aero drag resistance with a Cd of 0.24. We’re not sure that Europeans will finally let go of their diesels and embrace the gas/electric hybrid, but the all-new Prius makes a better case for a different direction than ever before. 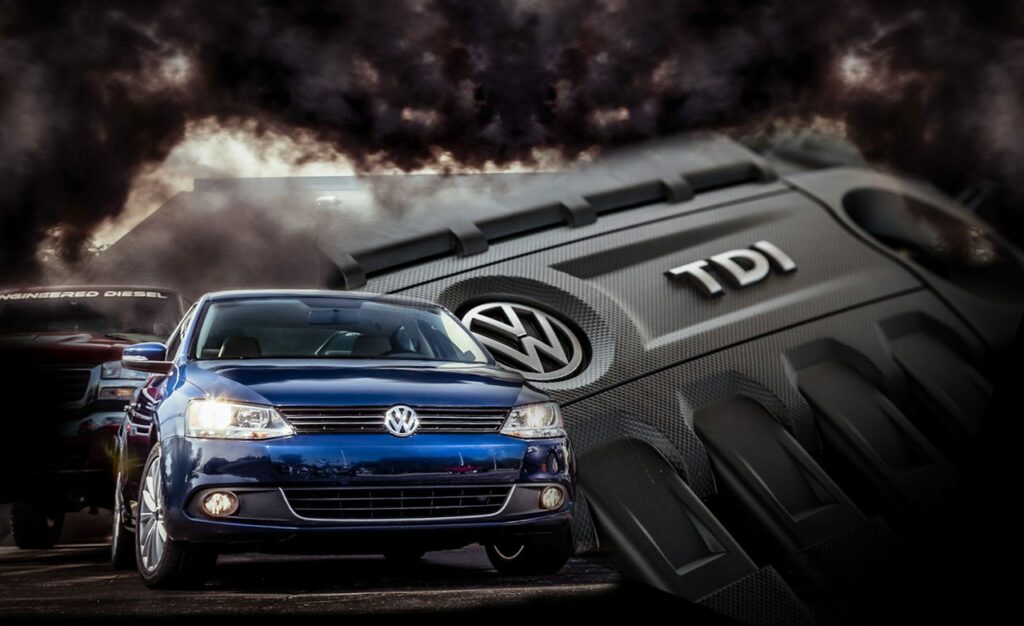 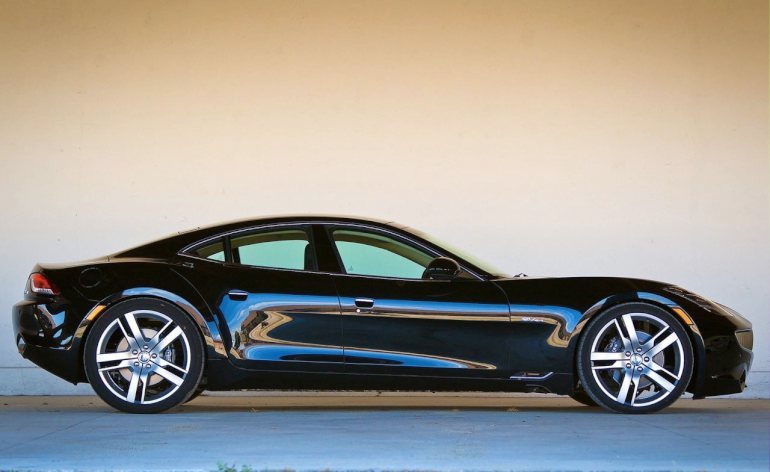