Born six years ago as a bodacious, wedge-shaped, carbon-fiber behemoth, the first Aventador followed in the grand tradition of Lamborghini flagships by having big-boned handling, a quick-but-jerky transmission, and capricious power distribution. Now comes Act 2, and the scissor-door supercar from Sant’Agata Bolognese benefits from a sweep of much-needed performance refinements.

Updated bodywork and a three-position rear wing make the 2017 Lamborghini Aventador S up to four times more aerodynamically efficient and increase front downforce by 130 percent, Lamborghini says. The naturally aspirated 6.5-liter V-12’s revised variable intake and valve timing contribute 39 extra horsepower for a total of 730. Flip up the ignition’s ICBM launcher-style shield, press the start button, and a heartbeat’s pause separates you from the cabin-drowning thrum of the hulking engine. A quick stab of the throttle sends the digital tachometer on the updated TFT screen shooting clockwise. More impressive than the Aventador’s higher 8,500-rpm redline is the quality of the sound emanating from its cluster of three exhaust pipes; a new titanium exhaust system weighs 13 pounds less than the old version and produces weirdly comforting subsonic notes that resonate in your ribs. Forward thrust is as lusty as always, with Lamborghini quoting 0 to 62 mph in 2.9 seconds, so figure 0-60 mph in a tick less than that. 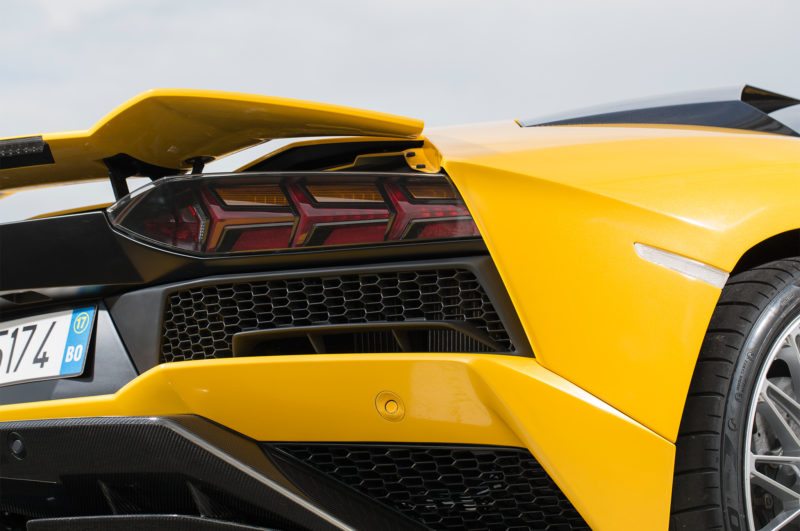 Suspension geometry is revised, with new upper and lower arms and wheel carriers added, as well as adaptive magnetorheological shocks. Turn the Aventador S at speed, and something wondrous now happens. An all-new four-wheel steering system turns the rear wheels counter-phase at lower speeds for better agility and in-phase around 75 mph and faster for better stability. As with other manufacturers’ similar systems, Lamborghini R & D boss Maurizio Reggiani says the hardware has the virtual effect of shortening the Aventador’s wheelbase by up to 20 inches and lengthening it by up to 27 inches, giving the car a more manageable footprint with a sharper, more responsive front end. The lighter exhaust offsets the weight gain of the four-wheel steering system, so the Aventador’s curb weight remains unchanged.

Many of the 25 turns at Spain’s Circuit Ricardo Tormo are large sweepers that challenge a mid-engine supercar’s balance and power distribution, and it’s here where improvements to the Aventador’s seven-speed automated transmission, all-wheel drive, and stability control become evident. Lift off the throttle, and the all-wheel-drive system now diverts less torque to the front axle, reducing understeer. The Aventador S is even more satisfying in Sport mode, which diverts up to 90 percent of torque to the rear wheels and helps the car change direction with smoky flair. Corsa mode’s more restrained 80-percent rear bias makes the Lamborghini quicker and more stable through corners. The Aventador S also offers a customizable drive mode called EGO (of course). Changeable steering, suspension, and drivetrain parameters are much-needed additions, yet traction and stability control are bundled into the drivetrain setting and cannot be set independently; turning ESC off in Corsa mode kills all nannies and leaves you mano a mano with Charles Darwin. 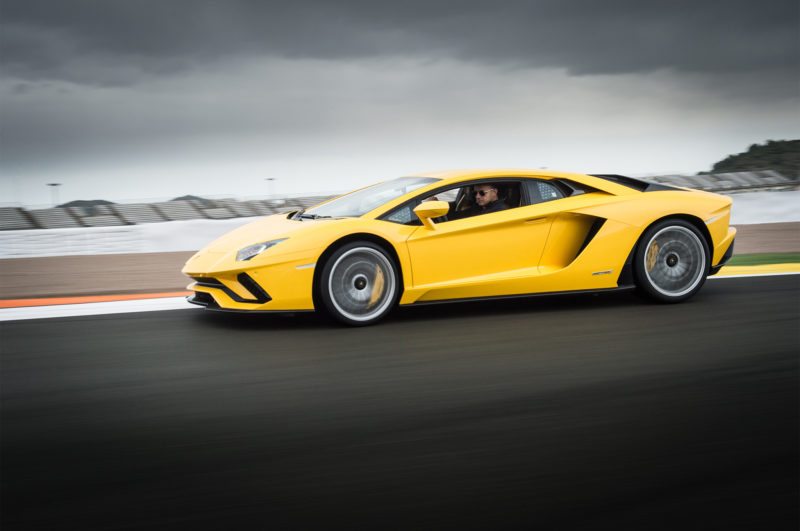 Still, even on a damp racetrack the big-engine beast is best with all electronic aids switched off. There are traces of understeer and a tendency for the two-ton Aventador to tussle with inertia, but the chassis improvements make the car noticeably more refined and controllable than before. All-new Pirelli P Zero tires provide plenty of grip, especially at the rear where stiffer sidewalls help the rubber cope with the dynamic demands of the 21-inch wheels. Thanks to the linearity of the V-12 sitting behind the seats, there are no surprises along the torque curve, no sneaky surges or pesky plateaus. When power does pour on, the Haldex all-wheel drive has a way of pulling you through a corner as though an errant Galapagos finch momentarily distracted Mr. Darwin. The rear-biased torque split can still get you into trouble, but the honesty of the right pedal and the safety net all-wheel drive provides make the car easier to control than you might expect.

A young man lifts both arms as though to say, “Rev it!” We engage neutral before bombarding his ears with a crackling, popping, fossil-fuel-burning symphony.

Carving the mountainous terrain outside of Valencia validates track observations. The Aventador S has better feedback, a seemingly smaller chassis, and less violent shift action. Though the single-clutch automated manual gearbox still lurches and bucks like before, it produces fewer undesired movements, allowing you to focus less on the car’s rough spots and more on its sweet ones. The ultimate insight into the extremity of Lamborghini’s latest flagship comes beyond the hilly twists and turns, where our banana yellow bella macchina sets a shocking contrast against boxy hatchbacks and elongated wagons. A young man ahead spots us, his jaw agape and eyes in awe, and lifts both arms as though to say, “Rev it!” We tap both shift paddles to engage neutral before bombarding his ears with a crackling, popping, fossil-fuel-burning symphony. We can’t see his face as we round the corner and pull away, but we do see him leap into the air, exultant with joy. 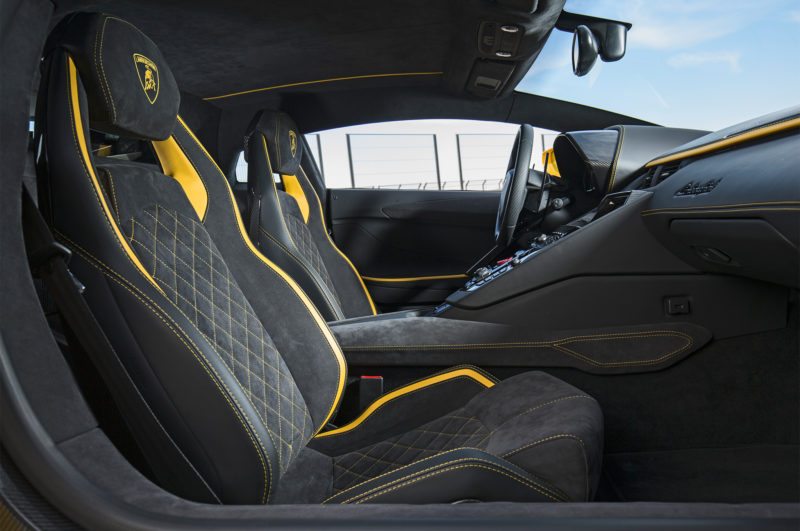 Although some mechanical and dynamic imperfections persist, the Lamborghini Aventador S remains one of the most charismatic cars money can buy. Long live
the ego. 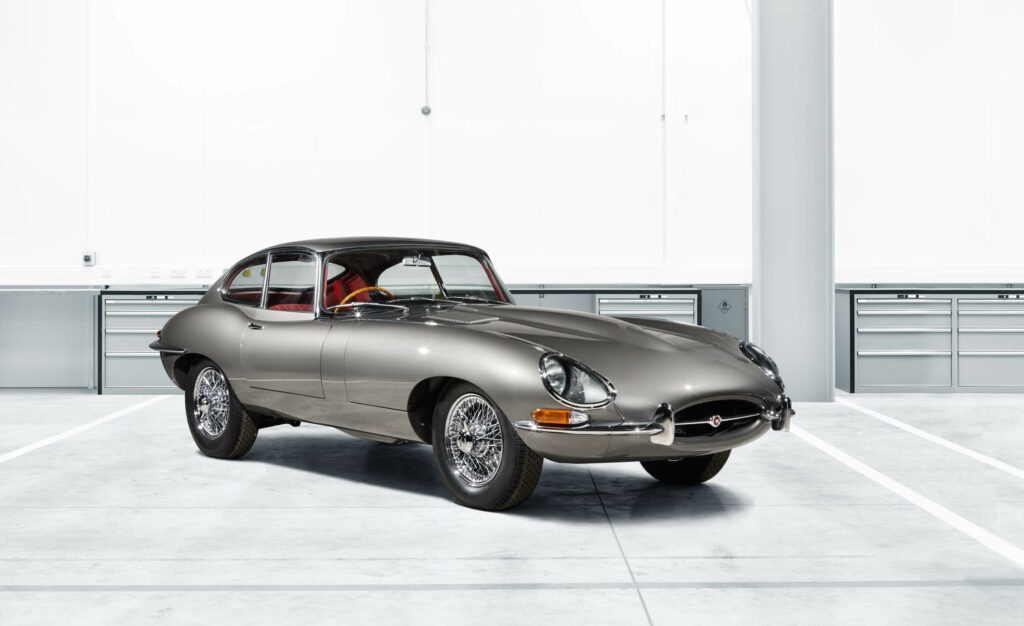 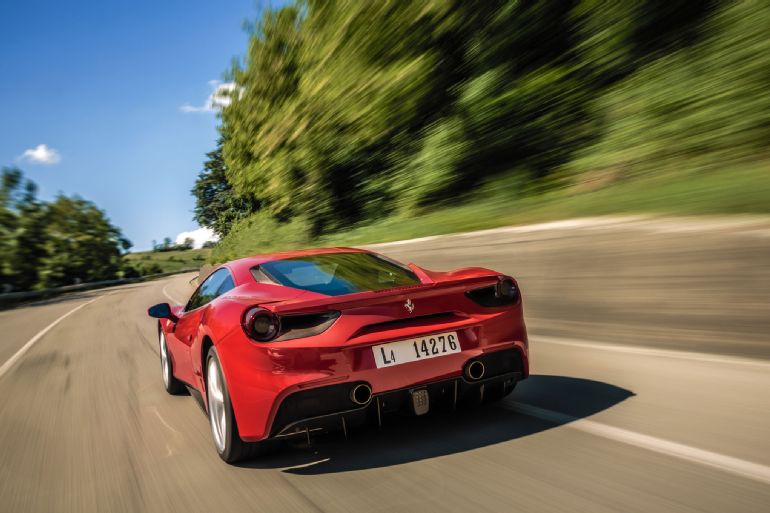