Salinas, California—This is CSX9998, a fiberglass-bodied Cobra Daytona coupe that Shelby American built to celebrate the 50th anniversary of the original Daytona coupe’s FIA World Championship. We got to drive it just before the Rolex Monterey Motorsports Reunion at Mazda Raceway Laguna Seca this past weekend. As we tore along the tight, twisting backroads just east of the track, we thought to ourselves, “Even Bob Bondurant could drive this thing.”

A tame snake That’s not a shot at Bob, who won the 1965 FIA World Championship in a Shelby Cobra Daytona coupe (which the late Carroll Shelby later said was the “greatest accomplishment of [his] life”) and is a far better driver than we could imagine being. But Bob’s 82 years old and has had some health issues. We shouldn’t be thinking, “Yeah, he could get behind the wheel of a street-legal race car that spanked Ferrari 250 GTOs at Spa-Francorchamps and Nürburgring.” 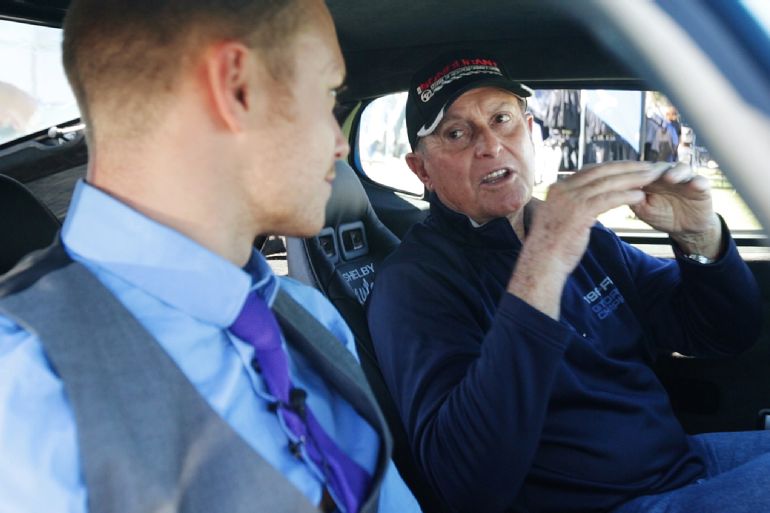 Fact is, though, that the fiberglass-bodied Cobra Daytona coupe is tame—or at least tamer than we’d expect a purpose-built sports car to be—and Shelby American wanted it that way when it decided to build 50 recreation Cobra Daytona coupes to celebrate the anniversary of Bob’s big win.

Both cars come only as rolling chassis (aluminum starts at $349,995, fiberglass starts at $179,995). What powertrain a Daytona gets is up to its owner. The correct choice is the 289-cubic-inch Ford V-8 tuned up by Shelby American and paired to a 5-speed Tremec manual transmission. The engine in the Cobra Daytona coupe we drove had been stroked to 347 cubic inches. 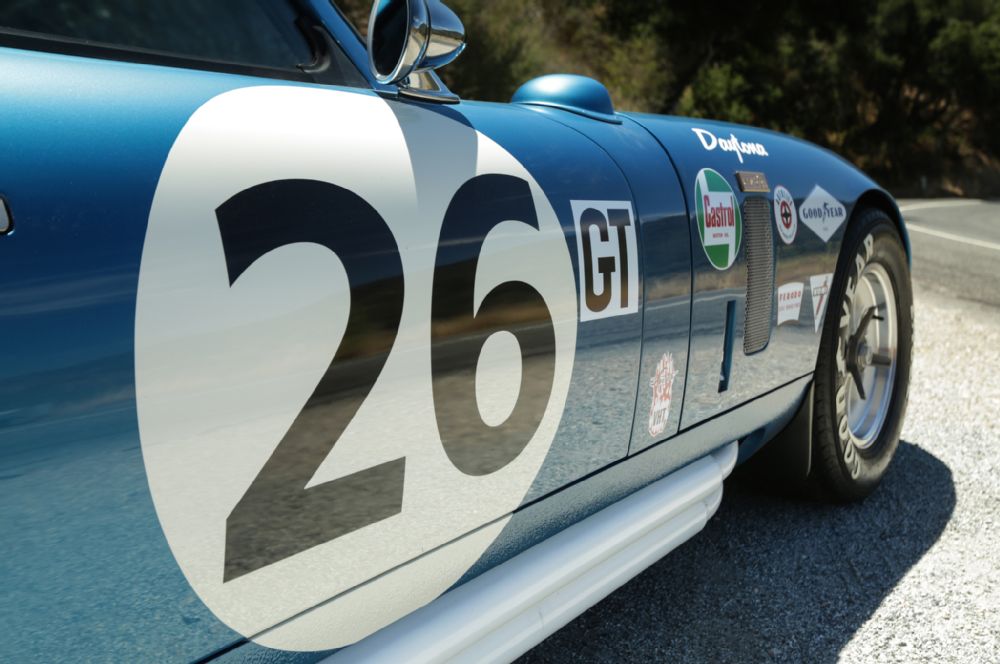 Getting squirrely in Salinas

We drove the 50th Anniversary Shelby Cobra Daytona coupe out of Mazda Raceway Laguna Seca and into Salinas, and opened the eight individually tuned throttle bodies the first chance we got. The 500-hp Shelby with 500 lb-ft of torque pushed us back into the soft-leather seat as it squirmed down the road, and we were yanking on the long, chrome shifter and pulling second gear before we knew it. When we rolled back on the throttle pedal, the Daytona coupe’s tail swung wide right. The power steering is hypersensitive and overly responsive, so we barely had to touch the steering wheel to correct. Back in control and back on the throttle, but not for long. A long, leaning right turn led to a sharp, blind left. When we lifted off the throttle, all of the car’s 2,600 lb flew forward and over the front wheels; we barely had to brake for the first turn. We pushed hard on the Wilwood brakes anyway, and flick the wheel to the left—perfect turn-in, absolutely no body roll. As menacing as this thing looks, it’s a sweetheart. Credit the low curbweight evenly balanced front to rear, the engine mounted aft the front-axle line, and the nicely tuned coilover suspension. The fiberglass Shelby Daytona coupe is a car you can abuse and get away with it. 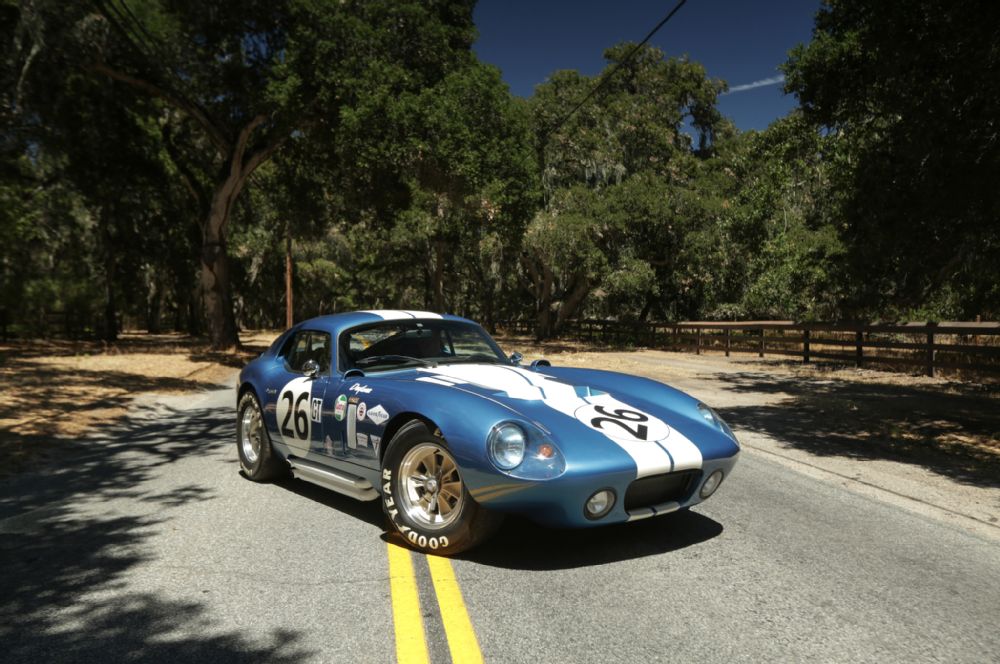 The Daytona is also happy enough to sit in traffic, even if we weren’t. Event traffic had gridlocked all of the roads leading back to the track. We worried that the Daytona coupe would overheat sitting on the street until we remembered it had modern amenities, like electronic auxiliary cooling fans. The dash-mounted temperature gauge stayed steady as we waited for cars to clear out, the V-8 engine idling smoothly. Those who think they want the bare-knuckles pure aluminum version should consider whether they actually plan to use it like a car.

Shelby American started taking orders for the 50th Anniversary Cobra Daytona coupe last week, and 15 people have already put down deposits. When we asked who would likely be buying the car we drove, CSX9998, we couldn’t help but laugh at the answer: 82-year-old Bob Bondurant. 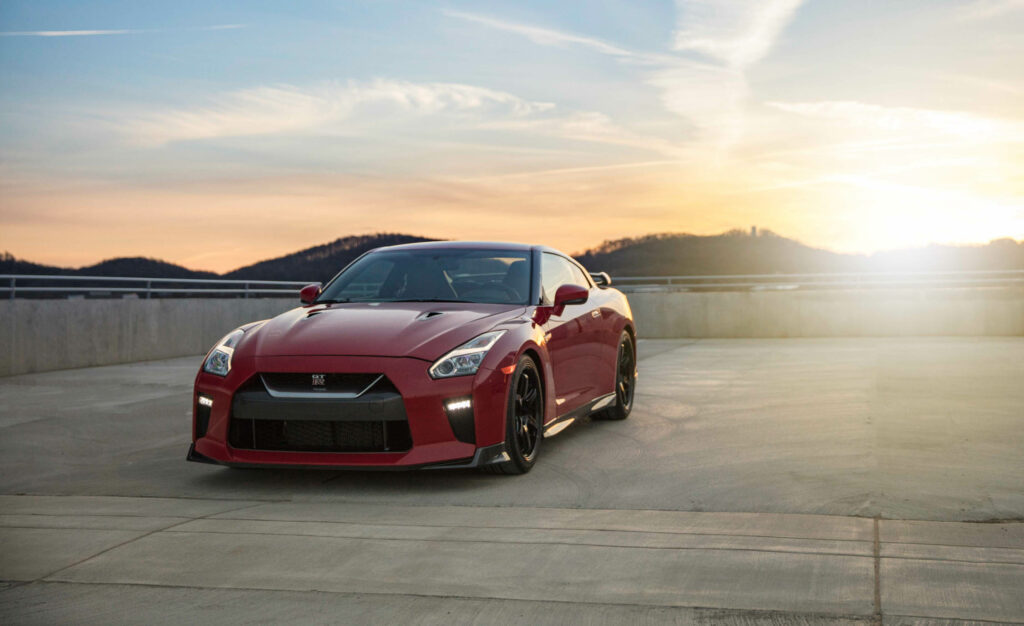 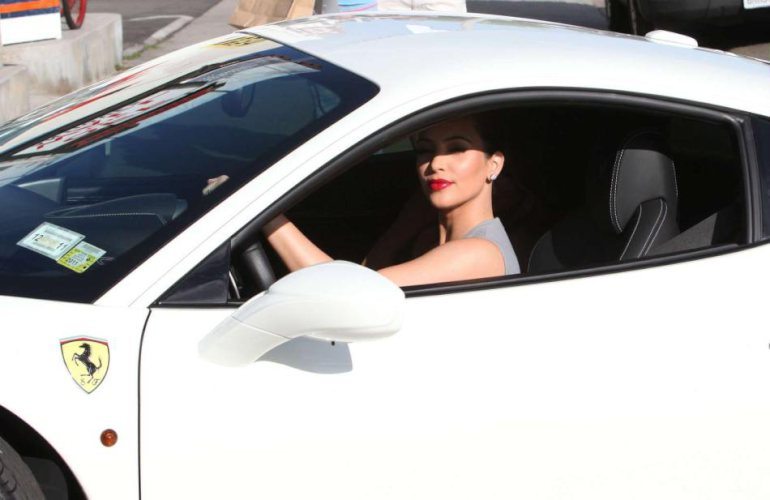