While the name doesn’t exactly roll off the tongue, Vanda Electrics Dendrobium EV concept may leave you speechless.

The EV hypercar made its world debut at the 2017 Geneva Motor Show and even made our hit list. Our design expert Robert Cumberford says it is the “most imaginative interpretation of Le Mans shapes in a roadster, so far.” And we think the two-seater looks wonderful too. 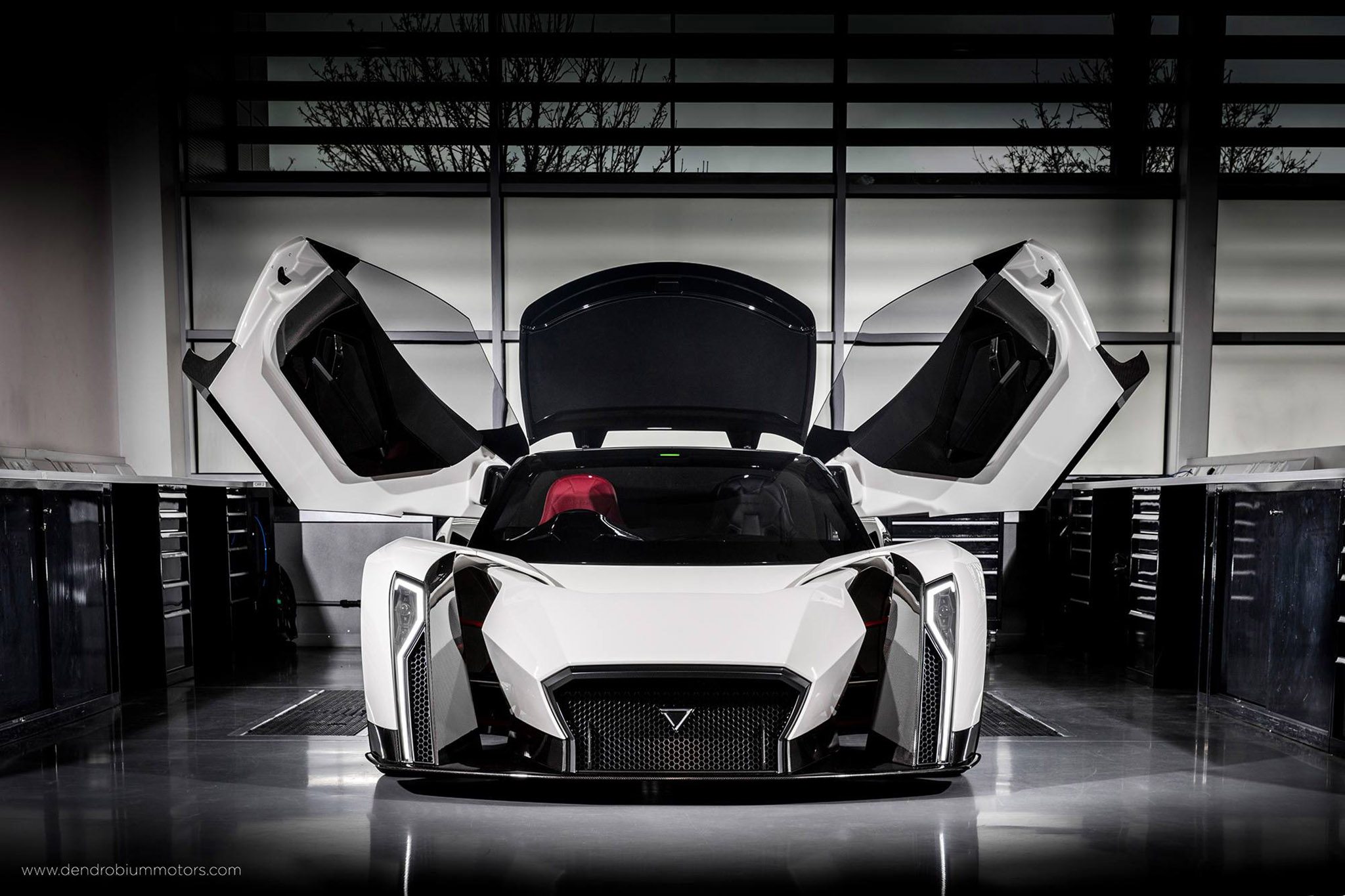 Vanda Electrics’ fully electric hypercar is projected to make over 1,000 hp. The Singapore-based company also claims once it reaches its prototype stage, it will travel over 200 mph and hit 0-62 mph in 2.7 seconds. Until that day, it’ll need a few super fast electric motors in place and a whole lot of luck.

The battery technology company plans to offer a suite of electric vehicles and battery storage technologies with a focus on the hyper luxury, consumer, and industrial markets. Vanda currently makes electric mini trucks and a scooter called the Motochimp.

The Dendrobium concept has been on the drawing board since the 1990s and appears to be a cosmic leap forward for the company, provided the hypercar doesn’t disappear into the land of vaporware.

Dendrobium has a carbon-fiber monocoque, chassis, and body and is a striking combination of aluminum, carbon fiber, and glass. It features automatic synchronized roof and doors, cameras instead of mirrors, and is said to resemble a dendrobium flower, a genus of orchids native to Singapore. 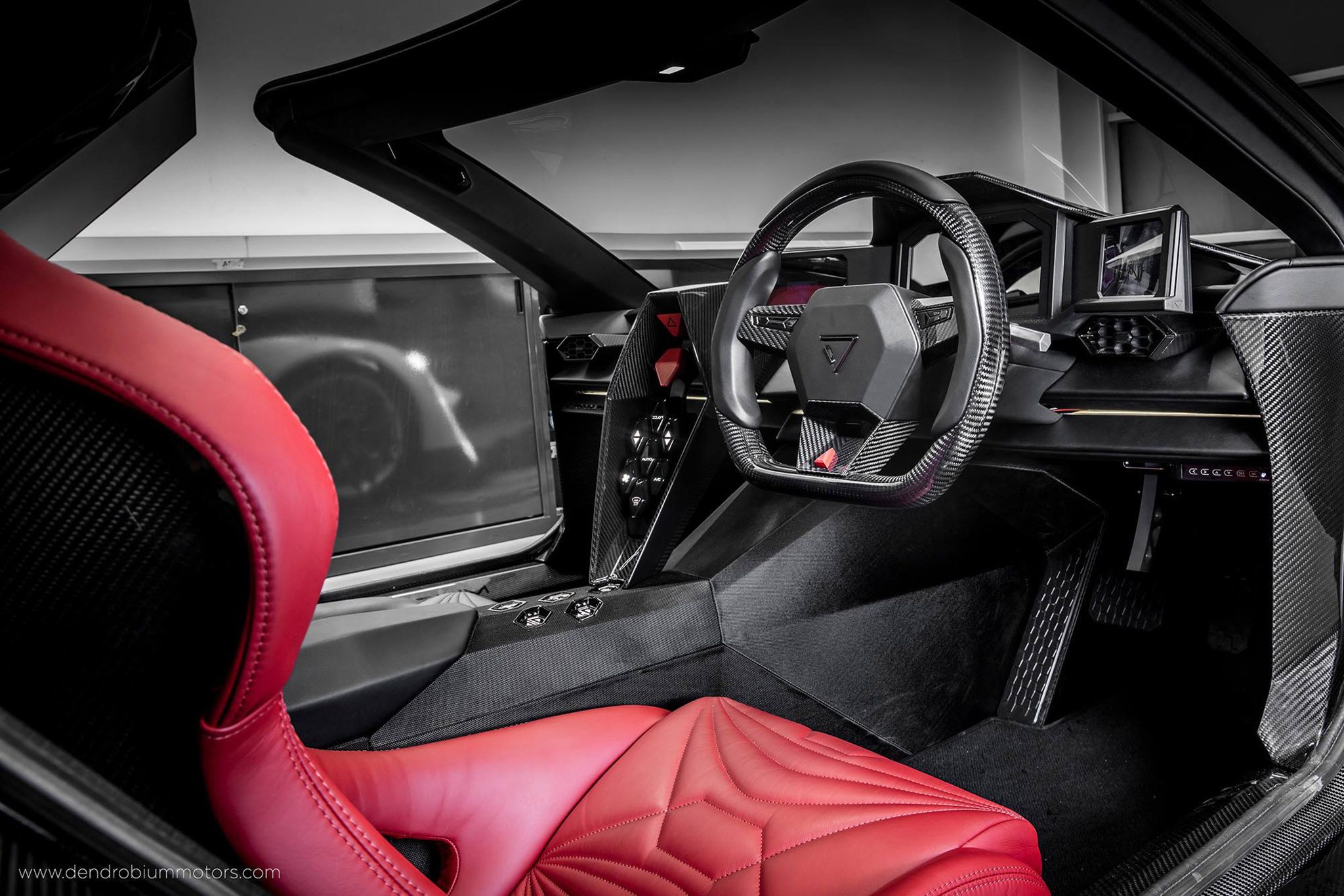 Inside, its teardrop shaped cockpit is filled with plenty of carbon-fiber bits, hexagonal switches, red and black leather sport seats with stitching and motifs inspired by muscle fibers.

Around back it has a Wasp-like tail, a huge red wing, a carbon-fiber double diffuser, and a stinger in the center that glows red, orange, and sometimes green at its core.

If the car goes into production the target sale date for a limited production run will be in 2020. It can be seen at the Geneva Motor Show through March 19. 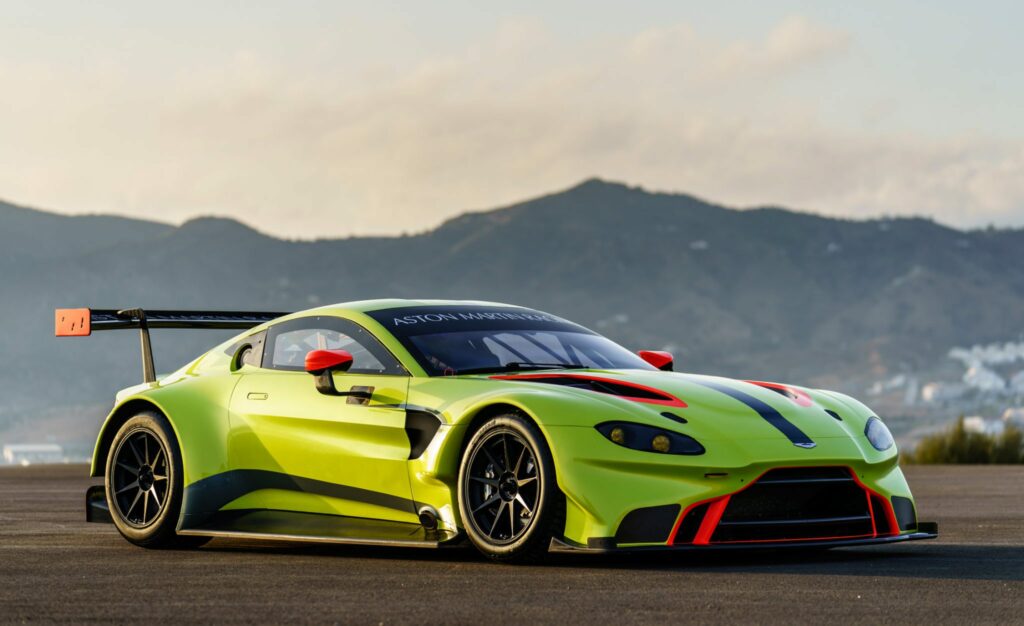 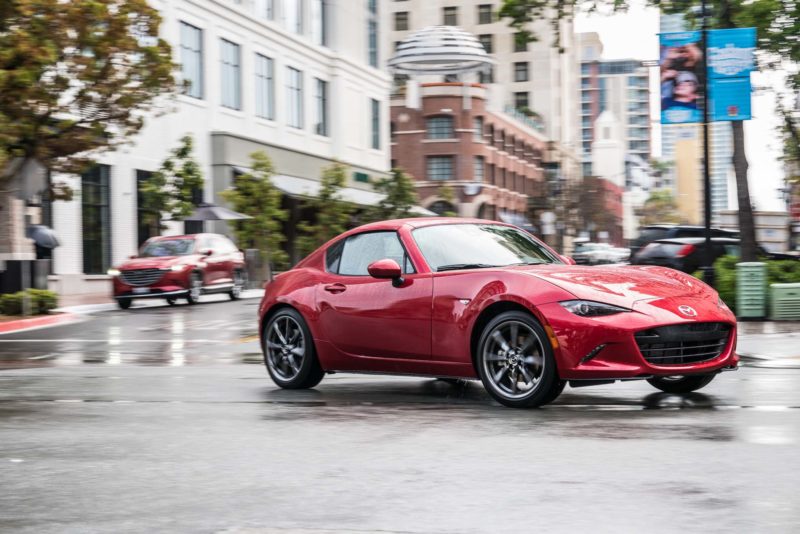